After a six-year hiatus, Porsche GT3 Cup Challenge Canada by Yokohama is returning to the scenic hills of Mont-Tremblant. 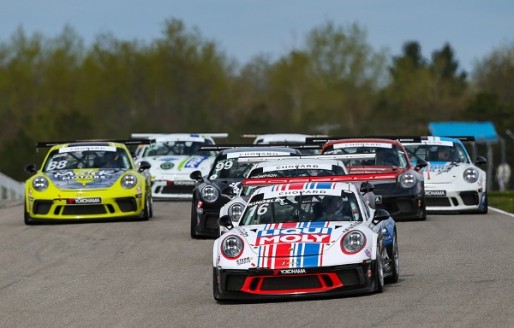 The 2.65-mile circuit in Québec hosts its annual Fall Classic event this weekend, is headlined by the Porsche one-make series this year. The last time GT3 Cup Challenge Canada visited Mont Tremblant was in 2012 and its return this year will close the curtain on the 2019 season.

“Circuit Mont-Tremblant is one of the crown jewels of Canadian racing and sits in one of the most beautiful parts of our country,” said Sam Fellows, driver of the No. 9 Pfaff Motorsports Porsche 911 GT3 Cup Car.

“It’s got a rich history, and it’s a track that demands a lot of respect. Much like Canadian Tire Motorsport Park, it has some fast corners and elevation, but it also has some technical sections that I’m looking forward to tackling in the Porsche. My dad (legendary sports car driver Ron Fellows) has had a lot of laps and success there. I know he’s going to be a big help throughout the weekend.”

Sam is one of 16 drivers that will take to the grid this weekend for the final pair of 45-minute races. He’s also one of several rookies in GT3 Cup Challenge Canada this season, but that doesn’t mean they all lack experience at Tremblant.

“I am incredibly excited to be returning to Circuit Mont-Tremblant,” said Ethan Simioni, driver of the No. 40 Policaro Motorsport Porsche. “It is truly an incredible town with lots to see and do. I’ve had the pleasure of driving the track before, and it will be an exciting challenge to have a go in a Porsche 911 GT3 Cup car at this world-famous venue.”

“I’m excited to be a part of the Porsche GT3 Cup Challenge coming back to Mont-Tremblant,” said Thompson. “It’s Canada’s hidden gem in terms of racetracks with it being located in such a beautiful place in the world. “The track itself is also fun and technical to drive. I can’t wait to see what the No. 3 SportsCarBoutique Porsche feels like around the track.”

But as GT3 Cup Challenge Canada veteran Marco Cirone points out, times have changed over the last six years. He is one of five drivers in this weekend’s field that took part in the 2012 event.

“We are so excited to return to Mont-Tremblant,” said Cirone, who will pilot the No. 88 Mark Motors Racing Porsche. “The last time we raced there was 2012 in the old 997 Cup. It’s such a great venue and a great little town as well.”

Cirone is seeking his sixth GT3 Cup Challenge Canada Platinum Masters championship this weekend, with his teammate Roman De Angelis in the No. 79 Porsche on the verge of clinching the Platinum championship.

GT3 Cup Challenge Canada teams have the opportunity for a test day on Thursday at Circuit Mont-Tremblant before official practice sessions get underway on Friday. Qualifying takes place at 9 a.m. on Saturday, with Race 1 going green that afternoon at 1 p.m. Race 2 is set for the same time on Sunday and both races will be streamed on the Porsche GT3 Cup Challenge Canada by Yokohama Facebook page.